Just added to your cart

Impact on package deliverly due to bad weather 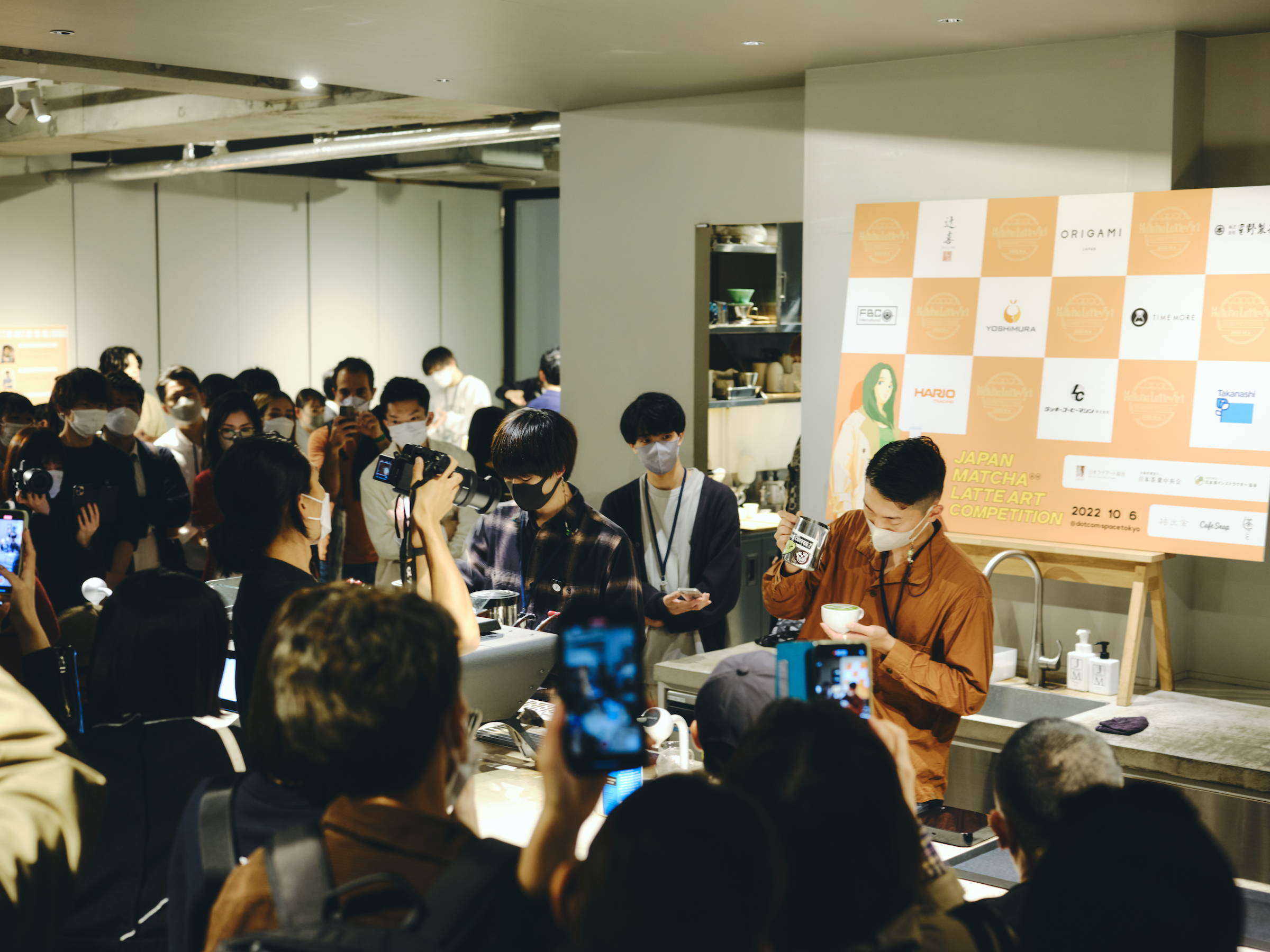 Overcoming the COVID19 and moving to a new stage.

The Japan Matcha Latte Art Competition, a matcha latte art competition, has been held since 2019 with the aim of communicating the taste and value of Japanese tea as well as the story of its makers, based on the idea of "Japanese tea culture that inspires the world. 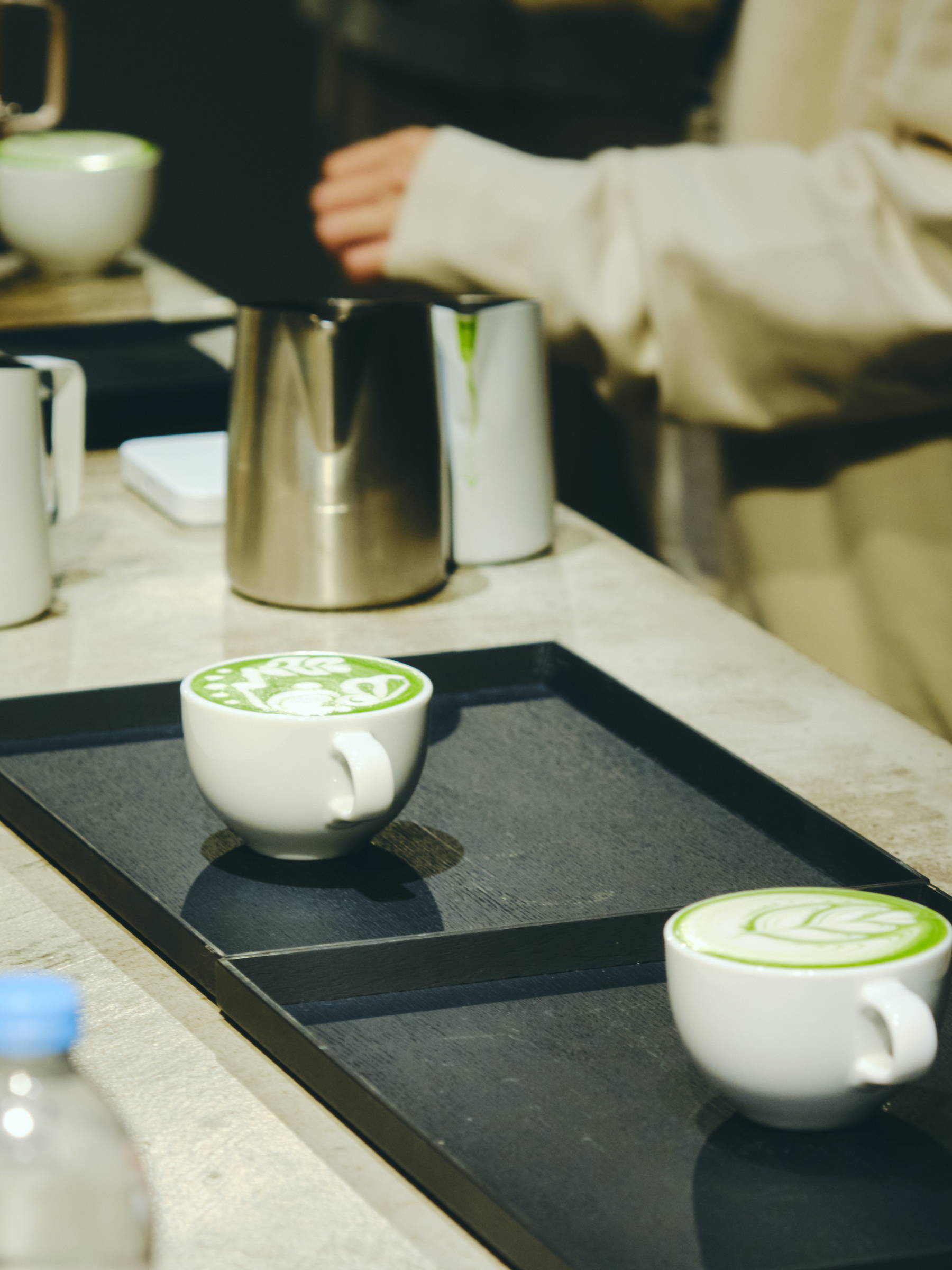 Although the competition had to be held under various restrictions from 2020 due to the impact of the new coronavirus, the 2022 competition (the 5th competition) saw a record number of 62 participants in the preliminary round. The competition, in which eight qualifiers participated, attracted not only competitors but also spectators, and with food and beverage booths where visitors could rediscover the appeal of tea, the competition overcame the coronavirus and took a step toward a new level of excitement.

The organizer of the "Japan Matcha Latte Art Competition" is Chusyutsusha Corporation, which operates the Japanese tea stand "Satén japanease tea. We interviewed Mr. Kazuhiro Koyama, the representative of the company and a "tea-lista," about his thoughts on the competition and his expectations for the future.

◆Click tha link below to read the past interviews with Mr. Koyama.

◆Click the link below to read the interview after the competition 2020. 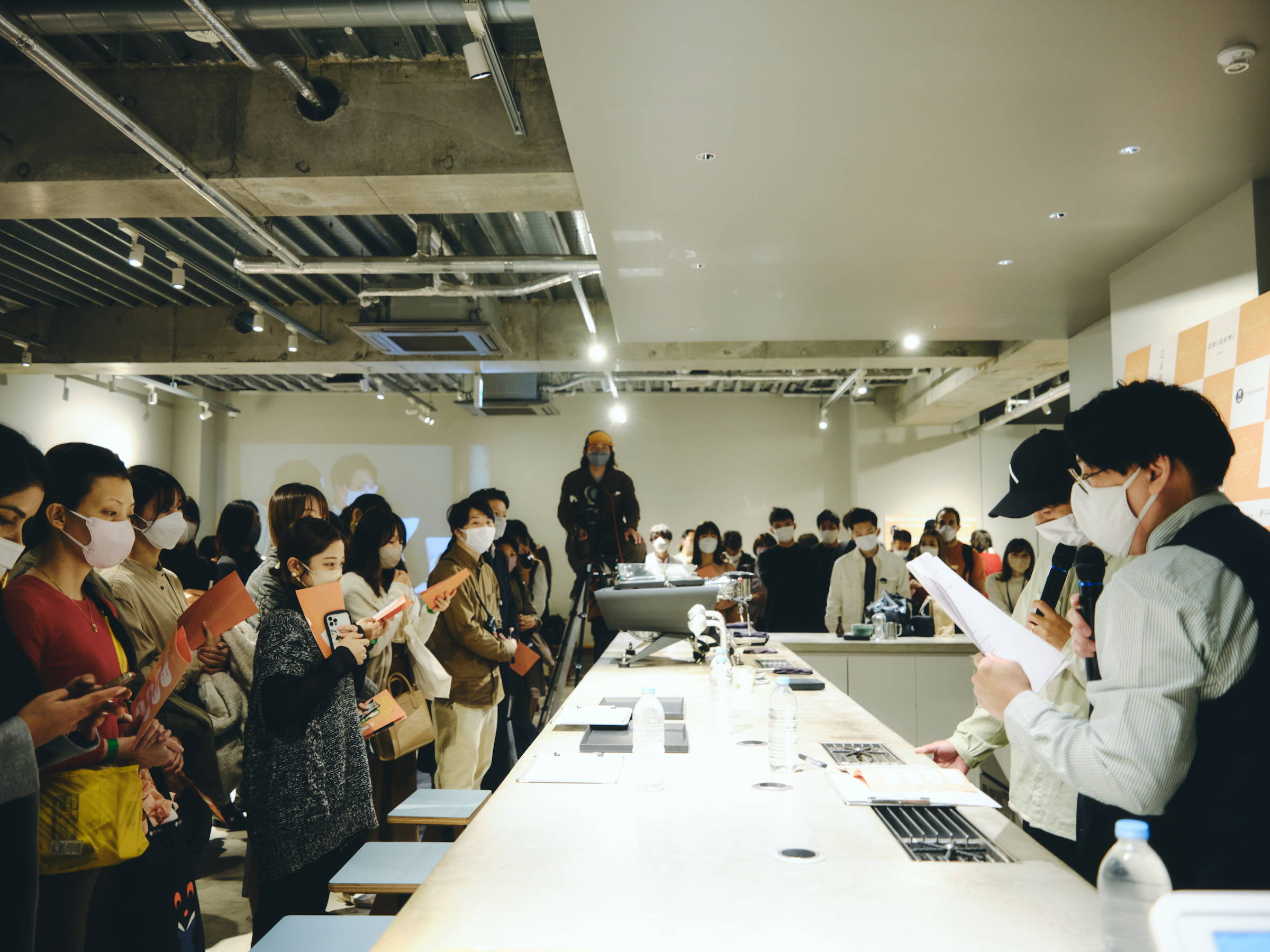 ─ ─ I know that after 2020 there were various restrictions due to the Corona disaster, but what kind of competition did you have this time?

It has been a couple of years since we entered the Corona disaster situation, and the way the excitement has changed dramatically as awareness of the virus has progressively changed. Regulations have also eased considerably, and this time we were able to invite 100 guests to this competition in addition to the competitors.

Contestants also came from all over the country, making it a competition that made us realize that the "Japan Matcha Latte Art Competition" is recognized on a national scale.

─ ─ It seems that the increased recognition will make the tournament even more valuable in the future.

I am happy that the scene of matcha latte art is expanding, as is the name recognition of the competition.

Incidentally, we sometimes receive comments from contestants such as, "I was honored to compete against the barista whom I admire and who inspired me to start latte art. We also have participants who have won awards at prestigious competitions in the past. This competition is gradually creating a trend where legends who are no longer competing in major latte art competitions are participating. We have been pleased to hear contestants say, "I never thought I would be competing on the same stage as them." 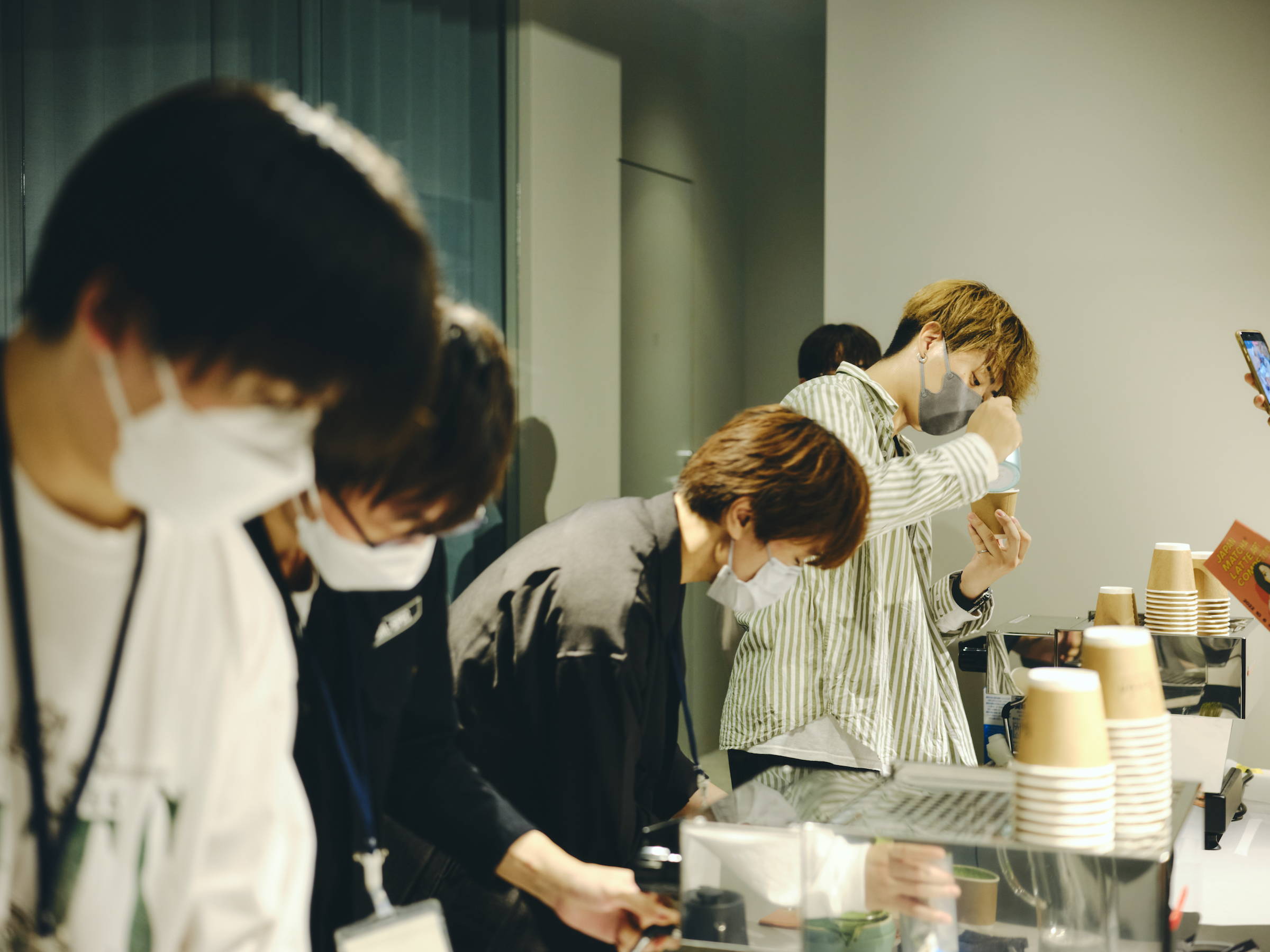 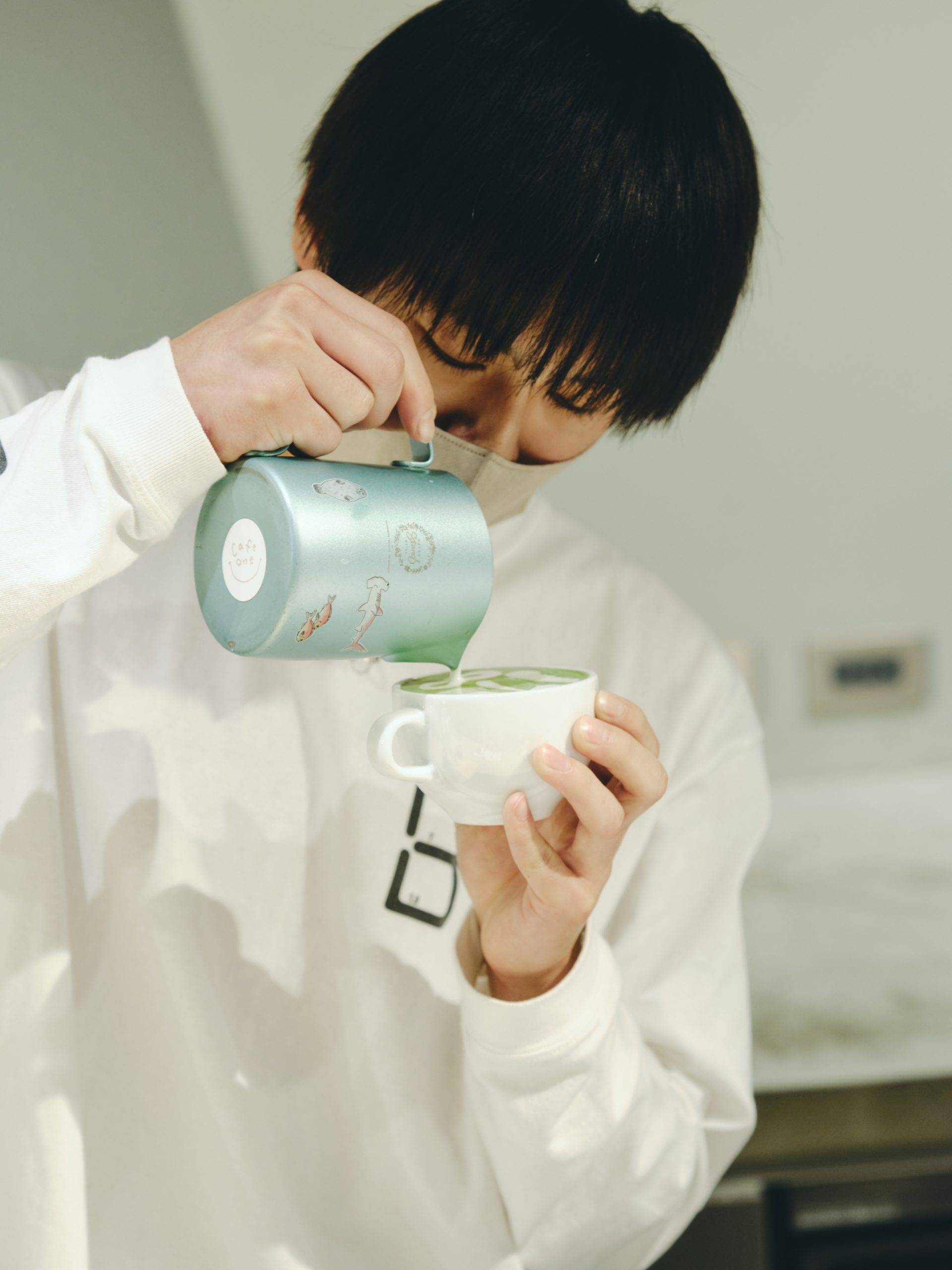 Competitions for students are also held. We hope that matcha latte art will spread to a wide range of ages.
─ ─ Prior to this convention, you also held a student convention in July.

With the cooperation of Akabori Confectionery College, we held a competition for students for the first time. The winner of the student competition was seeded to participate in the main competition, which was also linked to the "Japan Matcha Latte Art Competition.

The school gave us high marks for motivating and inspiring the students.

─ ─ As the age range of participants who try matcha latte art expands in this way, it is likely that a variety of new ideas will be born. 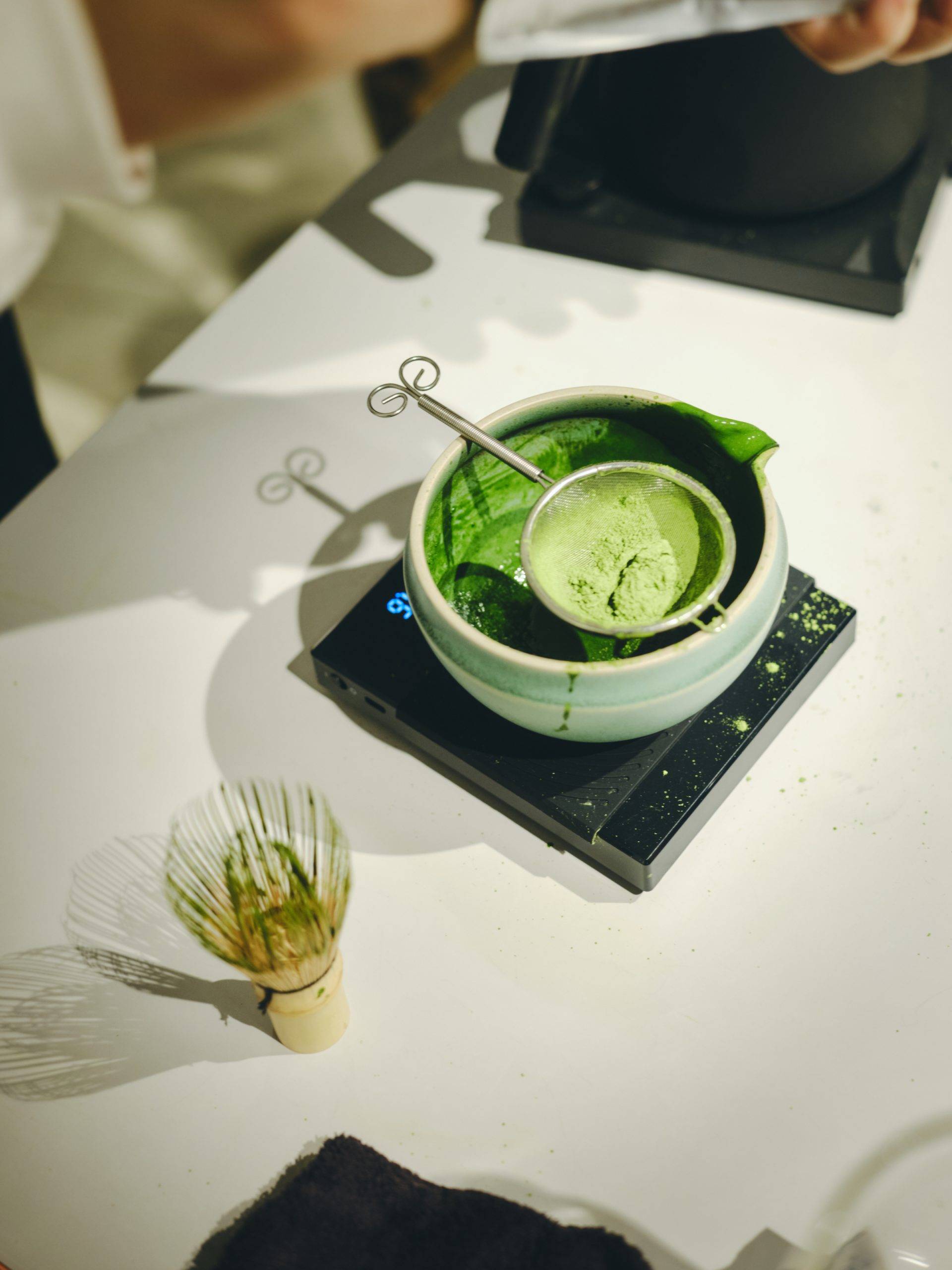 Aiming for a convention where people can enjoy even more individuality. Eventually, global expansion is also possible. 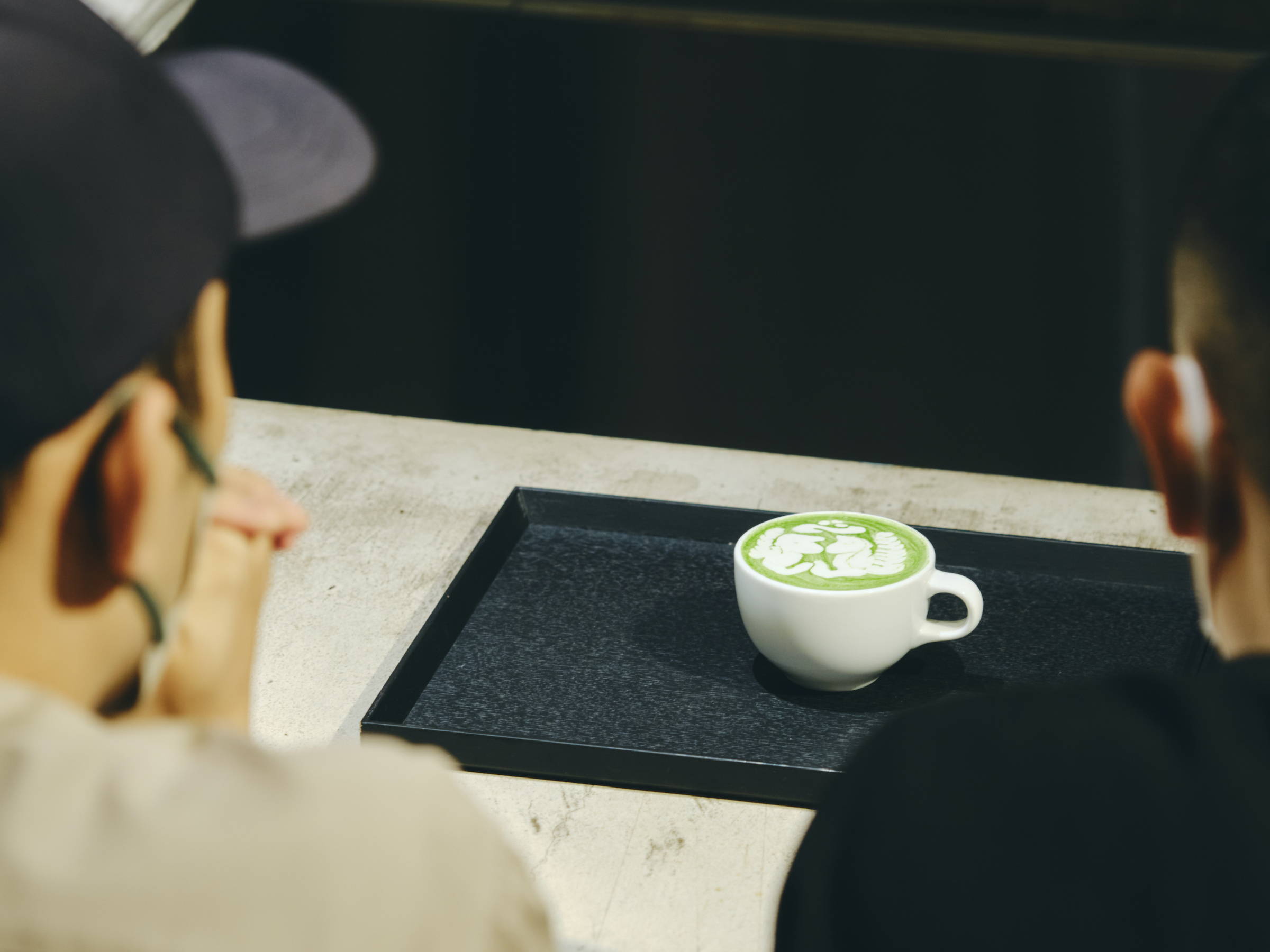 ─ What do you envision as necessary to make the event even more exciting in the future?

We would like to consider more regulations that would allow contestants to create their own latte art. For example, currently, the regulations require 5 grams of matcha and 50 cc of hot water, but we have received feedback from contestants that they would be able to try various challenges if they could increase the amount of matcha.

The cups could also be a bit larger, which would allow for a wider choice of patterns to be created in latte art and showcase each individual's unique flavor. We are currently searching for a balance for the next competition to see how much we can change the rules in this area to make it a competition where people can enjoy more individuality without compromising the competitive nature of the event.

Also, we would like to further enhance the entertainment aspect of the competition. We are currently making various efforts, such as accepting public votes from the audience during the judging of the competition, and having real-time commentary provided during the competition. The commentary has been well received by the contestants, who say they were glad to have it convey their intentions. We have also tried live streaming at competitions held under the regulations in Corona, and this was also well received. We would like to continue to explore what we can do. 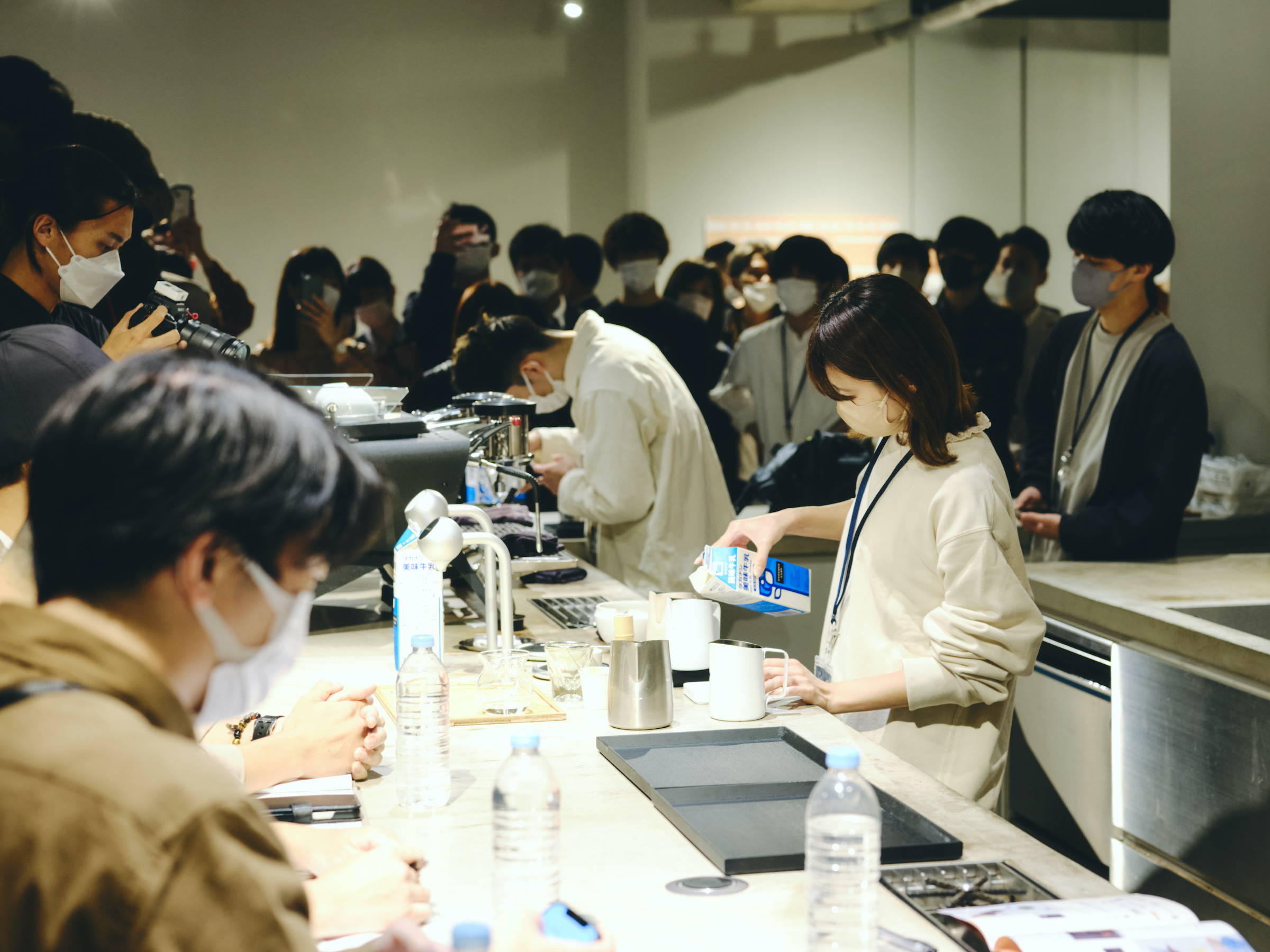 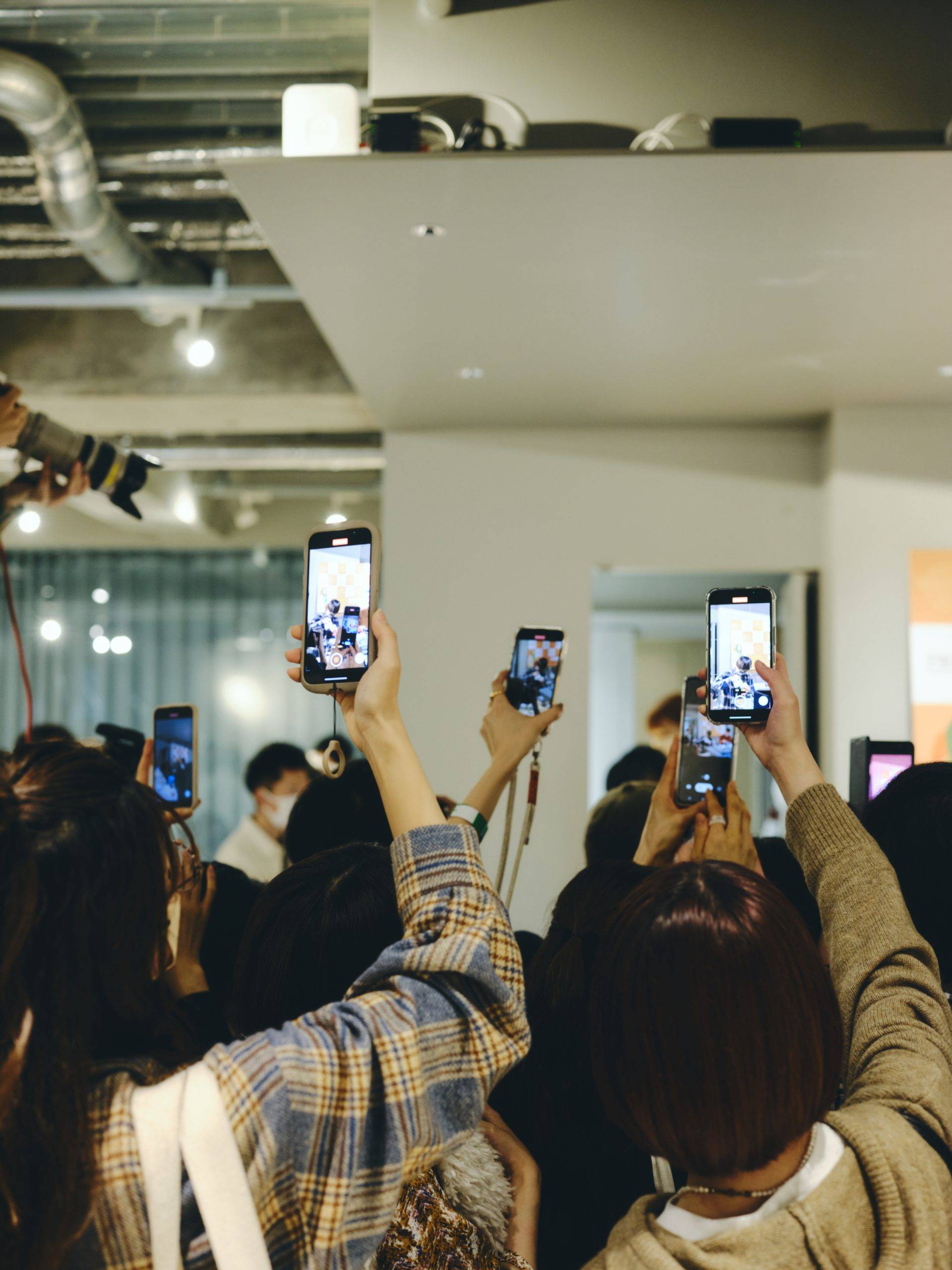 ─ ─ Now that you have seen the expansion of the matcha latte art scene and new forms of competitions, what are your hopes for the future and what challenges would you like to take on?

At any rate, we are now focusing on how to expand the Japan Matcha Latte Art Competition. I would like to further deepen the affinity with the student competition held this year, and I would like to spread the matcha latte art scene to the younger generation. Eventually, we would like to hold competitions overseas as well. Based on the response we received from this year's competition, we would be happy to provide an opportunity for many people to learn about the fascinating world of tea. 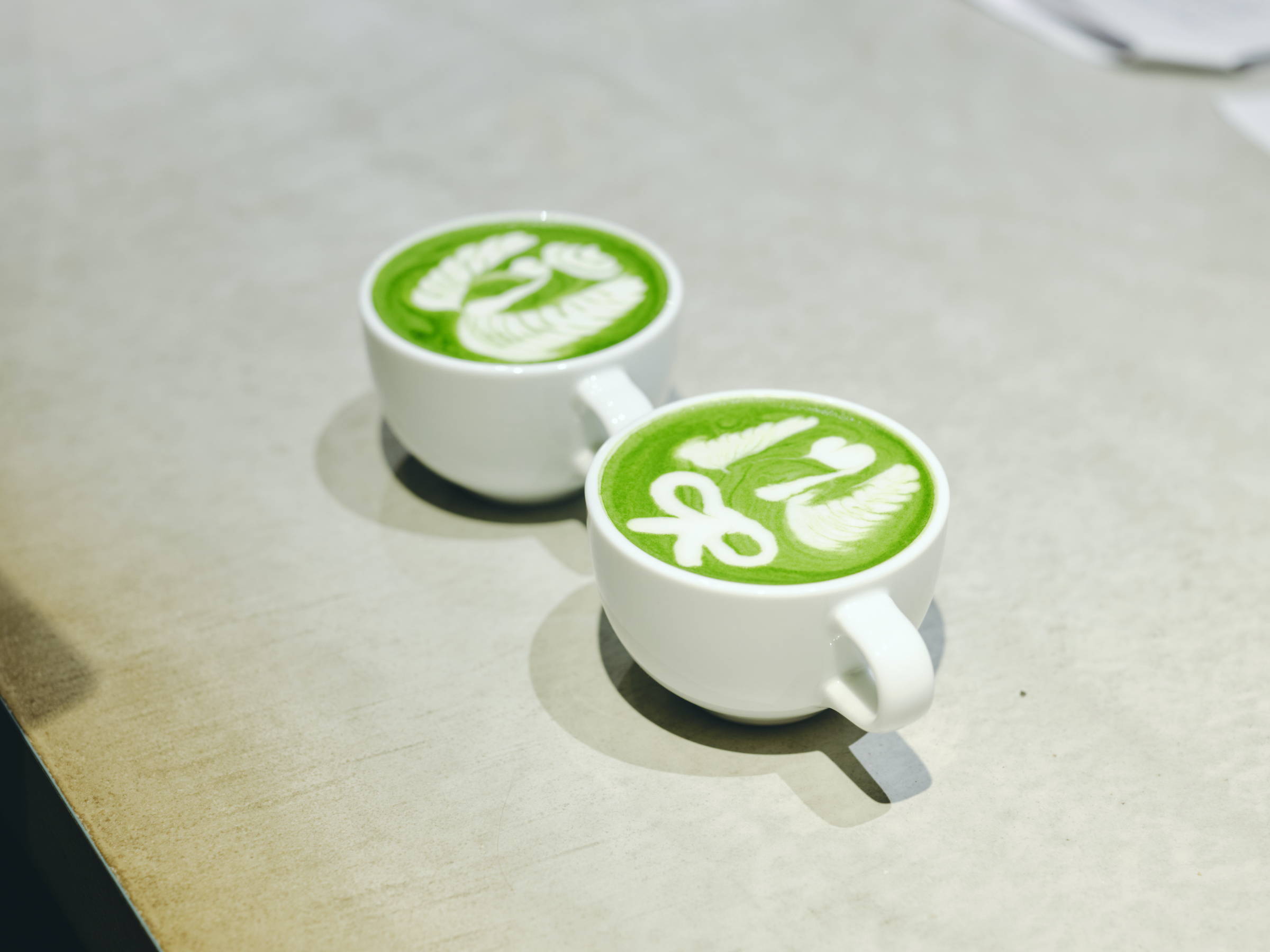 After the Corona Disaster, the Japan Matcha Latte Art Competition has entered a new stage. The high level of competition in matcha latte art has brought the tea industry and the coffee and barista worlds together, and the competition is gaining momentum.

We look forward to Koyama and his team's new challenges in the future, such as penetrating student competitions and organizing world competitions.